Tired of ugly vacuum T's cluttering your engine bay? Clean up any installation with our show quality vacuum block. Can be mounted anywhere with supplied hardware, vacuum block available in all the popular colors! Includes Vacuum Block 1-3/8" NPT Plug 3-5/32" barbs 2-3/8" NPT barbs 1-1/8" NPT Plugs 8' of vacuum line 2 screws, nuts and bolts Can be mounted in line with a 3/8" hose, or can be used inline with one of the 3/8" NPT ports blocked Check out the Treadstone 3-Port Vacuum Block

Read More
Turbosmart’s Kompact Shortie blow off valve range is back, and better than ever. Like the previous model, more commonly known as the BorgWarner/KKK/Volvo valve, the new valves offer increased boost handling capabilities and reliability over the OEM compressor-cover style units they replace. The valve is available in PlumbBack or Dual Port models. You spoke, we listened. We found that there were more applications this blow off valve would fit on, if only it were a bit smaller, so we made it as small as possible. That means easier installation into a greater variety of machines. Like all Turbosmart blow off valves, the new Kompact Shorties have been machined in-house, from solid billet aluminium. Keeping the process in-house, ensures only the best quality, and none of the cracking or leaking that plague the factory plastic valves. Like their predecessors, they’ve been engineered with a light-weight, brass/aluminium, two-piece piston. Carefully engineered springs make these the most responsive valves of their kind. The Kompact Shortie fits a huge range of turbos, and their tiny dimensions make them a breeze to fit. To make things even easier, Shorties are supplied with both a swivel “banjo” nipple and a straight nipple, meaning you can tailor the valve to better suit your application. Larger o-rings have been fitted in the base to aid ease of installation – another modification made after talking to our authorized dealers and installers. Small design means Shortie is easy to install. All billet construction, and well-designed internals mean it will hold as much boost as you want to throw at it, for as long as you need it to. The Plumb Back version is as quiet as a factory valve, or if you’re looking to make a little noise, the Dual Port version’s superior flow characteristics will safely provide that BOV sound you’re looking for. The new twin fixed ports flow more than ever before. You just can’t lose with Turbosmart’s Shortie. Pricing (MSRP): Kompact Shortie – Plumb-Back - $169.99 Kompact Shortie – Dual-Port - $189.99 Â

Read More
Michigan-based Strictly Import Motorsports, famous for their black, gray, and orange tricolor Mitsubishi Lancer Evolution, is now sponsored by Treadstone Performance with our capable TR1245 Intercooler. This massive intercooler features a bar-and-plate construction, is 12" tall, and a whopping 4.5" thick. That's enough to handle over 860 HP, more than plenty for this Evo's 4G63. This Evo won first place in the SCCA Street Modified and first place in the AWD Unlimited class at the Wang Fest Time Trials! Strictly Import Motorsports used a mix of high performance parts to help them achieve both reliable power and quick handling, with a 2.4L piston-and-rod stroker kit with 10.5:1 compression, ARP head studs, and a Cometic head gasket. Moving this power to the rear end is a TRE Stage 3 Transmission, and keeping the car turning well is a set of custom Feal coilovers and a complete set of Whiteline sway bars and bushings. On the outside, an ED Voltex Widebody Kit and BF Goodrich KDW2 tires on MB Battles make the AWD time-killing machine look good while it rips through the track, and a stripped-down interior with Sparco seats, steering wheel, and harnesses keep you strapped down for the ride. They also used a Tial Blow Off Valve and a TurboSmart Wastegate, two of the biggest names in the turbocharging industry when it comes to reliability and technology. Strong engineering, quality components, and a great design team make these parts not only function at the top of the line, but also look attractive while doing it. Check out a gallery of the pics they sent us after the jump! Â  [gallery link="file" columns="4"]
Read More
Effective September 5, 2013, the New GTC-200 foil replaces the original GTC-200 foil. All orders as of this date will ship with the New GTC-200 With a span of 60.5 inches and an average height of 10 inches, the GTC-200 is an adjustable wing that means serious business. The GTC-200 3D airfoil shape allows for optimal airflow that reduces drag yet supplies an effective amount of downforce. 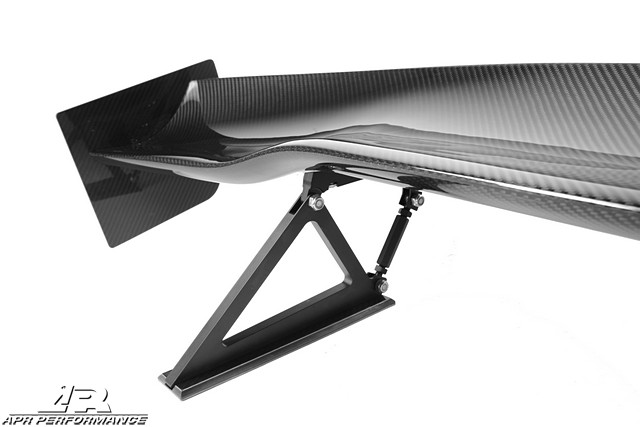 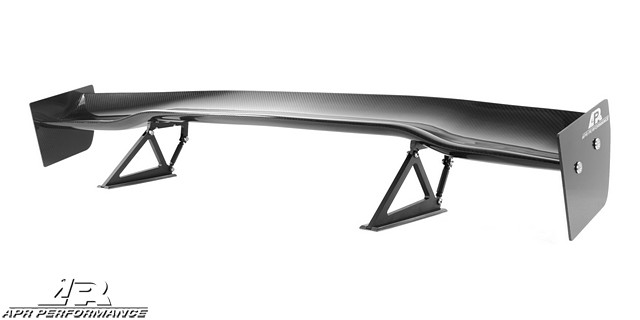 Treadstone Performance Engineering 10340 SW 187th St Miami, FL 33157 1-888-789-4586
Read More
The Lexus SC300 featured in the October Issue (I know, it's September) of DSPORT Magazine is owned by DSPORT's own marketing director Vinh Nguyen, is powered by something special. The car's original non-turbo, bog-standard, has-to-do-it's-own-breathing 2JZ-GE has been removed and chucked to the curb, and it has been replaced by Toyota's most venerated engine - the 2JZ-GTE. The single addition of the letter 'T' means that this engine has the potential to reach tire-destroying levels of power. But the swap alone wasn't enough, he decided to ditch the stock turbo and upgrade to a Borg Warner EFR 8374, a turbo that's highly praised at Treadstone Headquarters (affectionately called Treadstonia). This turbo features dual ceramic ball bearings, integrated bypass valve and wastegate that simplifies costs and installation, an "extended-tip" billet compressor wheel, and other features that make it a turbo unlike any other on the market today. These features allow for a wide compressor map and no compromises, and let the 8374 that's bolted to Nguyen's 2JZ to be efficient anywhere from 475 HP to 750 HP, which is perfectly within his goals.

The air that's shoved out of the turbo is still heated no matter what fancy features you tack onto a turbocharger, and that heat is brought back down to a safe temperature using a Treadstone TR1235 Intercooler, which is one of our largest intercoolers and features a beastly 22" long, 12" tall, and 3.5" deep core, which has the surface area necessary to keep the 29 PSI that's being forced into Nguyen's 2JZ from reaching too high a temperature and causing engine-blowing detonation.

For tuning, Nguyen is using an AEM Series II standalone engine management system that monitors every engine parameter possible, allowing for the finest of fine-tuning when it comes to performance. This computer is indispensable in the pursuit of power, as a piggyback system like an F/IC or SAFC simply will not do as they don't allow you to get down into the smallest aspects of tuning an engine, such as exactly what ignition timing or fuel injector duty cycle to run. The Series II gives you unlimited access. At redline, this engine is putting out more than your girlfriend, making 700 WHP on race gas with only a 0.6 psi pressure drop and 90% intercooler efficiency. That's what's possible when you Treadstone. Products Featured: AEM Series II EMS Borg Warner EFR 8374 Turbocharger Treadstone TR1235 Intercooler
Read More
Precision Turbo and Engine has added two new configurations to its 48mm MFS compressor wheel equipped Entry Level turbocharger. Both of the two new Precision Entry Level turbochargers have an MSRP of just $774.99 and come standard with a 360° journal bearing system. Additionally, each features a 48mm inducer MFS (Machined From Solid) compressor wheel with a "B" compressor cover (2.8" inlet/2.0" outlet). The new 4854 MFS Entry Level turbo (part number PTB002-4854) is rated to support up to 360 horsepower, is equipped with a 54mm exducer turbine wheel and has an available .63 A/R T3 turbine housing with a 4-bolt turbine discharge. The new 4831 MFS Entry Level turbo (part number PTB002-4831) is rated to support up to 385 horsepower, has a 57mm exducer T31, 76 trim turbine wheel and has two available turbine housing options: a .48 or .63 A/R T3 turbine housing with a 4-bolt discharge, or a .48 or .63 A/R T3 turbine housing with a 5-bolt (with or without a wastegate hole). For those who are looking for a cost effective turbocharger, PTE's Entry Level Turbochargers provide the perfect solution by delivering a high-quality turbo at a budget-friendly price and help racers get the high-end performance they crave in a smaller package at an affordable price. Â  View Precision 4854B Entry Level Turbocharger View Precision 4831B Entry Level Turbocharger
Read More
The APR Brake Cooling Ducts are aerodynamically-optimized to “funnel in” massive amounts of air. Also known as the venturi effect, when the vehicle speed increases, this funneled-in air increases in both pressure and velocity as it passes from the larger frontal area into the smaller pipe section of the brake duct. When matched with appropriate High-temperature air duct hoses that connect to the rotor backing plates the cooling cycle is completed and large volumes of fresh air help cool down red-hot brake rotors lap after lap on the track.  The APR Brake Cooling Kit is a three peice kit that includes Carbon Fiber Brake Ducts, High-temperature Silicone hoses, and Carbon Fiber Rotor Backing Plates. Â